The high-level theme of the event was “Looking to the future of payments”. A traditional event, at its 10th edition,  SWIFT Business Forum Romania was held in Bucharest on 24th of November and organized by the Romanian Banking Association and SWIFT.

More than 100 representatives from financial institutions discussed about the challenges that impact the payments industry in the context of rapid transformation of the EU payments landscape. Changes in consumer behavior, faster and real-time payments, open banking models, new regulations, technology disruption, compliance pressure are among the challenges that affect and reshape the payments space. 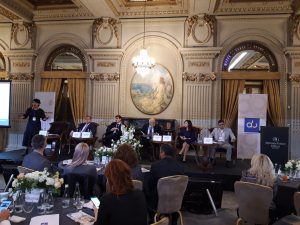 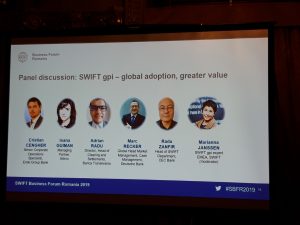