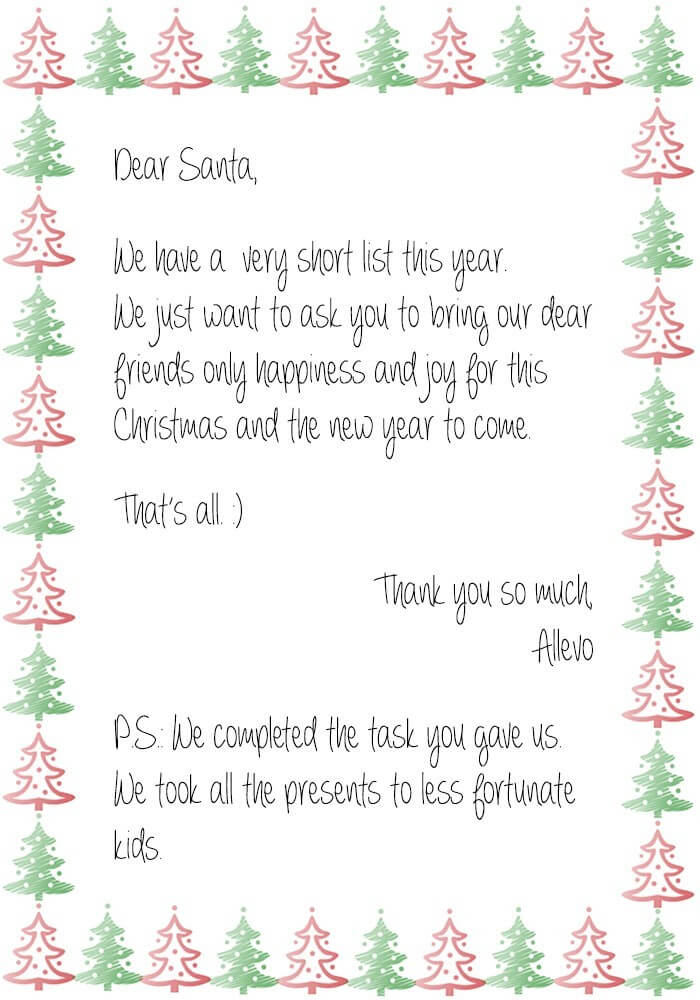 The December issue of Market Watch published a short interview with Corina Mihalache, as the new Allevo CEO.

*Note: the attached article is in Romanian 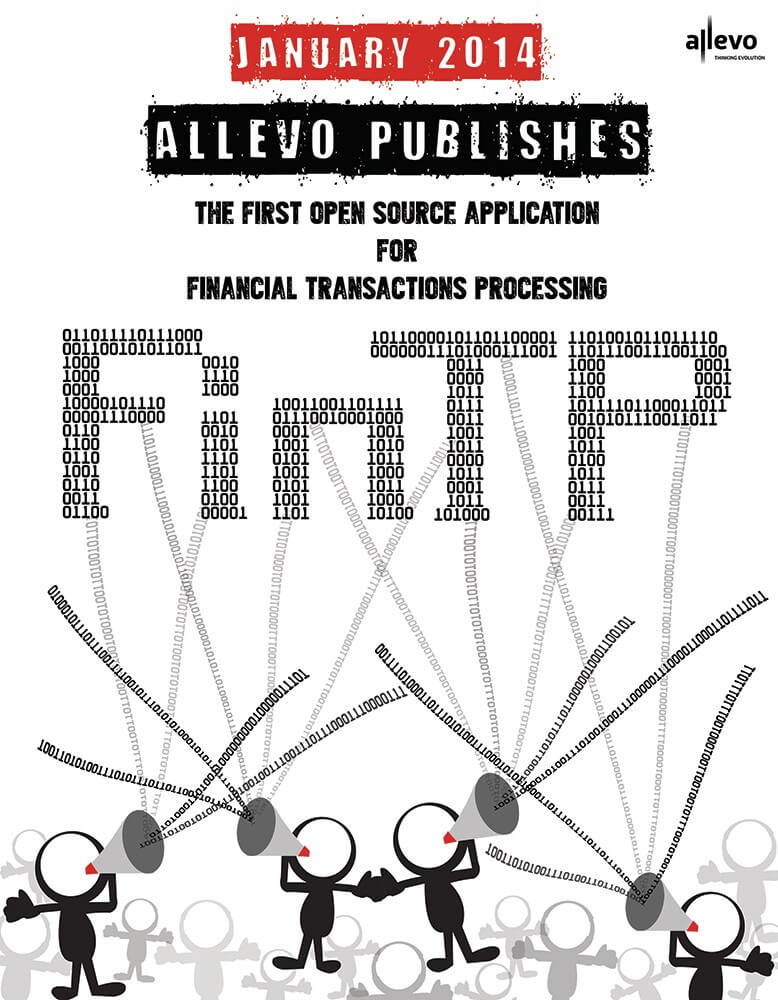 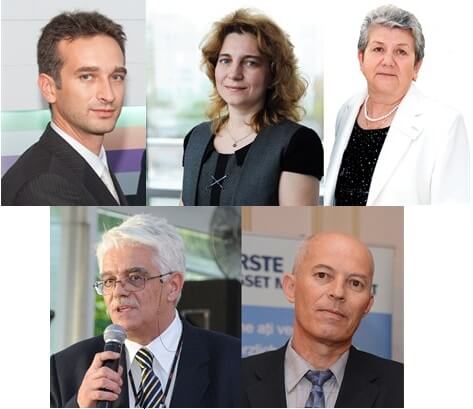 In the second half of 2011 Allevo management of the time initiated simultaneously two major projects: reconsider the business model to meet the shared knowledge course the company committed to (more precisely a requirement of openly publishing the source code of its financial transaction processing application – FinTP), and apply the executives’ succession plan – to ensure long term continuity and a fresher market approach.

The outcome of this more than two years process is:

Having the unparalleled chance to be contemporary with the most spectacular world economic revolution, Allevo trusts that it will significantly contribute to the reengineering of the financial services intermediation and that its initiative to openly share its achievements – in line with the spirit of sharing values – will be lead to undeniable success by the new and energetic executive team.

The strong message to our partners, either using Allevo products or helping the company to develop them, is that the new executive team is committed not to spare any effort to improve the cooperation to the best mutual advantage.

As a result of a two years analysis and decision process, Allevo has opted for a two layered management structure.

Please read the full announcement on our blog.

As hackathonists took their job very seriously and need a little bit more time to go in depth with the FinTP code, Allevo decided to grant them another month of coding, until January 24th, 2014. Why until then? Because on that date, as the rumor spreads already, Allevo will celebrate the official publishing of the FinTP code.

Therefore, the FinTP Hackathon #2 winner will be awarded during the festivities of the FinTP code launch event. Good luck with coding and see you next year for the great event! 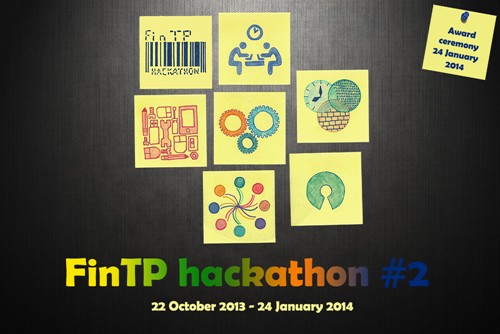 This end of November – beginning of December we at Allevo have a lot to celebrate: 95 years since the great historical unification of all Romanians, 15 years since the company was established in its current business frame, three years since we started preparing the launch of the new operation format and minus one month until launching the new business model.

That’s a rich set of reasons to party starting right away and continue until mid-January 2014, when we will publicly celebrate the launch of the new Allevo business frame. We would be thrilled if our partners (those who use our products and services, or those who helped us conceiving and implementing them) will join us. We’ll fill you in the details as the big event approaches. 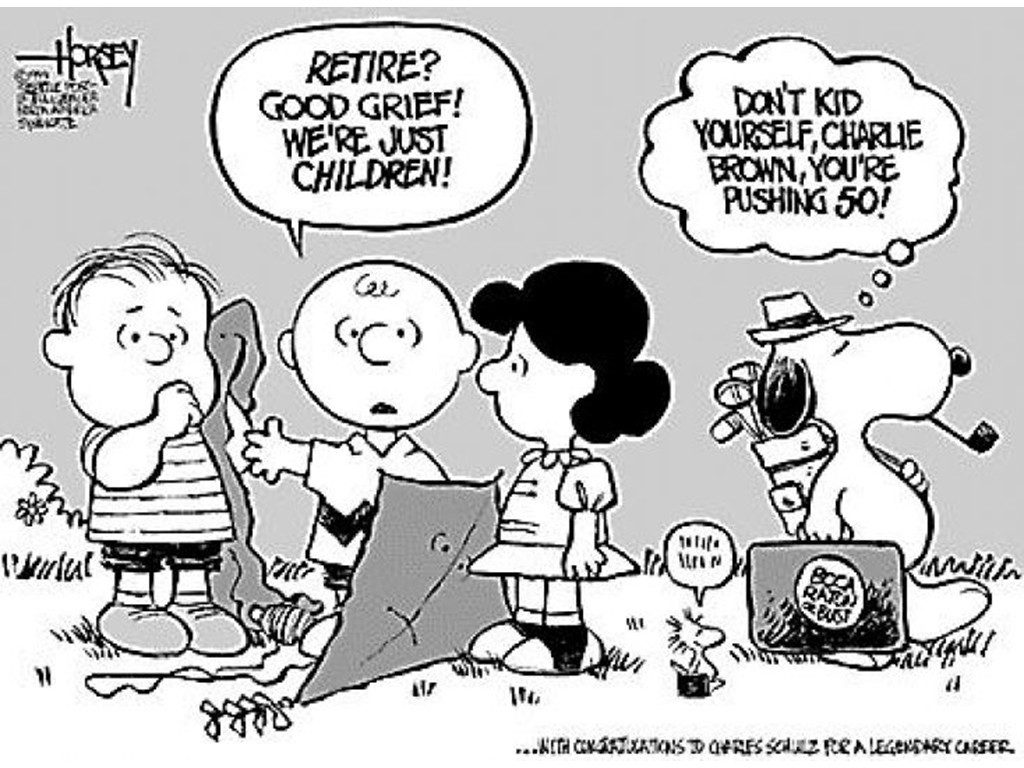 Despite the fact that in 15 years we remained focused on a rather narrow market niche, the complexity of the projects we approach is growing and expanding, cross industries, along the financial services distribution chain. Capitalizing on the constantly increasing skill set of the team, Allevo has organically developed the comprehensiveness of its (solutions) portfolio. I would only add that the company’s offer is competitive both in terms of delivered service and related commercial value.

It’s a fact of life that teenagers (like the 15 years old Allevo) start the early rebellion against the status-quo, in one of the articulated attempts to strongly affirm their character and ideas. They might lack the maturity refinement, but they certainly bring the freshness of originality and the viral enthusiasm of those curious how to go beyond establishment. Companies, as economic systems, are not far from intelligent persons, and need from time to time to reconsider their business model and portfolio. Otherwise they risk to slowly and painfully get into anonymity, and to severely shrink their operations.

For the past three years Allevo’s team has worked to redefine its market approach, while following its mantra to conduct creative activities (that in the past lead to the development of original products), to delivering excellence projects and to protecting the company’s partners (users of Allevo products and services) interest.

In essence, Allevo changed the course from the traditionally controlled IP distribution (through commercial licensing), of its financial transactions processing suite, towards openly sharing the source code of the fully featured application, under a GLP V3 licensing frame. Not a very complicated project at first sight, but extremely complex in its technical implication regarding the product, its licensing, commercial distribution of the executable code and ancillary services, legal compliance, attempt to shorten the market traction cycle in building a significant and consistent community, and redesign the organisation structure, processes and practice.

To this end, I have to say that this is by far the most complex project Allevo has ever undertaken, since it implies simultaneous changes to all business layers. This journey requires skilled leaders, energetic and determined execution teams, ours having a 29 average age, a warranty for continuity on the long-term.

In the last three years Allevo management ran an incubation program for the new company leaders – highly educated, motivated personalities, aged between 35 and 40. So that’s the point where I myself, a major shareholder and CEO of Allevo, have decided it was high time to make room for this new generation of leaders and to discharge myself from the current assignment, starting with the 11th of December 2013, joining the sage part of the company’s founders.

The ‘sage’ role means assisting the executives and their execution teams to finalize the company’s management process and redesign the execution chain to better fit the new business model, to set-up an effective business and control structure. This means that I will not surrender my strong temptation to immediately become a citizen of Poiana Mărului, but rather stay close to Allevo business at least for the next decade.

I thank to all friends (partners and current or former Allevo team members) that have reinforced the evolution of Allevo and in full honesty I assert my strong belief that under the new leadership the company will only flourish to all our partners’ satisfaction. I will be delighted if our project, to restructure the company’s business model and adopt an open source approach for the distribution of our applications, will meet not only the business and technical interest of our partners, but also will create the emulation to support the movement towards openly shared culture and knowledge.

PS: Allevo will most certainly bring-up the more useful objective announcement, letting you know who the General and her/his Commanding Officers in charge are.

On October 31st 2013, Allevo and Amsterdam Trade Bank (ATB) have signed the contract for the acquisition and implementation of Allevo’s qPayIntegrator-based SEPA compliance solution, which will ensure handling of SCT (SEPA Credit Transfer) messages.

The contract signing came after a successful Proof of Concept (PoC), success safeguarded by the outstanding teamwork of ATB and Allevo specialists. Further on, the solution has been optimized from operational value and cost perspectives, in adequacy with the bank setup.

With a challenging completion date ahead, all parties are closely collaborating in order to meet the tight implementation schedule.

By maintaining qPayIntegrator SEPA functionality, Allevo demonstrates its commitment in providing solutions most closely aligned to the banking and financial industry trends and needs, as well as to SWIFT market standards.

“When we chose Allevo it was not only due to the SWIFT credentials received for both the company’s team and solution, but also because we enjoyed working together during the PoC. Now, we are looking forward to further collaboration and we are convinced to meet the tight implementation schedule” Abdel el Jazouli, Senior ICT Business Analyst from Amsterdam Trade Bank said.

Sorin Guiman, General Director Allevo added: “Allevo will continue to help Amsterdam Trade Bank take full advantage of the commercial avenues SEPA opens and be prepared for the continuous payments infrastructure harmonization. On the other hand, once the implementation is completed, we will be more than happy to welcome another member to the qPayIntegrator user group.”